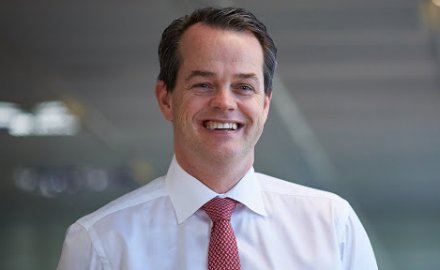 The Indonesian market is going through fundamental upheaval after several scandals at their state-owned firms (see below).

Aviva’s timing to sell its entire shareholding in its joint venture in Indonesia, Astra Aviva Life, to Aviva’s joint venture partner, Astra International is unrelated to this wider market turmoil. The decision is more an attempt to simplify the business and concentrate in other areas after a record year of profits for the firm.

The UK FTSE 100 player had entered the Indonesian market in the 50/50 joint venture in January 2014 for an undisclosed sum under former chief executive Mark Wilson – around a year after the former AIA exec took up the role.

The Asia division had been under review at Aviva under chief executive Maurice Tulloch since last April. Tulloch (pictured) has been under pressure to boost the insurer’s share price.

In November the firm decided to keep the Singapore and China operations while selling its stake in Hong Kong insurer Blue to Hillhouse Capital, its stake in Indonesia plus its Vietnam operation – which is likely to be the next to be sold.

The transaction is expected to complete in Q4 2020 and is subject to certain closing conditions, including regulatory approval in Indonesia and the completion of Bangkok Bank’s acquisition of Bank Permata (“Permata Bank”), Aviva Indonesia’s bancassurance partner.

Aviva, like IAG’s exit in India, will now be missing out on Indonesia’s future growth opportunities with the likes of Zurich preferring to invest more into the economy than less.

Large market and scandals
Indonesia is by far the biggest economy in South-East Asia and its general insurance market is growing strongly. Premiums in the first 10 months of 2019 were US$12.1 billion, up 7% compared to the same period in 2018, when the total annual premium pool was US$13.5 billion.

However, the market has been suffering from several scandals.

On the positive side the scandals are forcing the government and regulators to act and to make sure the insurance market is better regulated and capitalised which should help restore confidence.

The government said this week that a holding company is to be established later in February to bailout the market, with its other government-owned firms: Jasa Raharja, Jasindo, Jamkrindo and Askrindo all to be incorporated under the new company.

The holding company is not just for saving Jiwasraya, but to strengthen the market’s transformation starting from its finance, risk management, investment management and product management to its actuarial aspects so we won’t repeat the same mistakes as Jiwasraya did,” said Kartika Wirjoatmodjo, Indonesia’s deputy minister at the state-owned enterprises ministry.

Opportunity
The uncertainty and Aviva’s exit is also an chance for foreign insurers and joint ventures to gain the trust of the public and to win more business.

The likes of Axa, Chubb and Zurich have been handed a great opportunity if the government and regulators can instill wider confidence.