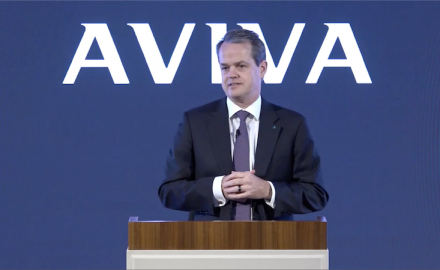 After failing to find any credible buyers, Aviva chief executive Maurice Tulloch has concluded that Singapore is a crown jewel and an important part of his plans for the company.

Speaking to investors and analysts in London on Wednesday (November 20), Tulloch (pictured) said that the company’s Asia strategic review had been mis-characterised as code for a sale. Yes, the company was looking for buyers and generated some interest, but in the end the price was not enough to convince it to part with the Singapore unit, which generated 60% of new business in Asia in 2018 and almost all of the profits in the region.

“We did receive numerous expressions of interest and quite frankly those were nowhere near the value that would accrete to Aviva in keeping it.” Maurice Tulloch, Aviva

Tulloch and his management team laid out a vision for a simplified business with a laser focus on delivering cash to investors, which means that most of the rest of its footprint in Asia will be ditched, with the exception of China.

“What’s really important right now is to clear out things that were never going to move the needle,” said Tulloch.

To that end, Aviva will sell its stake in the Hong Kong joint venture, Blue, to its partner Hillhouse Capital, and remains in discussions about the businesses in Vietnam and Indonesia, where it has a joint venture with Astra International.

India didn’t even warrant a mention in its statement on the Asia strategic review and it’s easy to forget that Aviva has a presence there, but when asked Tulloch described it as an attractive market and said that he was looking to get additional distribution to help expand the partnership with Dabur, which owns 51% of the business.

Cash machine
The plan is that these moves will turn Asia into a net generator of cash for the company in 2020 and beyond, instead of a region that consumes cash and capital. Chief financial officer Jason Windsor forecast that Singapore would pay a yearly dividend of roughly US$50 million in the future and China would grow from single digits as it matures, and that return on capital for the region would improve from 10% in 2018 to around 15% by 2022.

However, the question that Tulloch asked during the strategic review was whether Aviva had a competitive advantage in any of its markets in Asia. In China, where Aviva operates a joint venture with Cofco, the answer seems to have been fairly clear.

“Retention of China was always a likely outcome given the scale of the market and our excellent partnership with Cofco and the excellent growth prospects,” said Tulloch. “We actually control our management team, which many people don’t, and have probably one of the best partners.”

The answer on Singapore is less clear. The company does at least have a strong market position in the city, but it seems that the only thing keeping Singapore within the group is the lack of bidders at an attractive price rather than any compelling strategic motivation.

“We did receive numerous expressions of interest,” Tulloch said, “and quite frankly those were nowhere near the value that would accrete to Aviva in keeping it. So we made a decision to stay with Singapore.”

Moving forward
It remains to be seen if that is a long-term commitment, but the company is no longer actively searching for a buyer.

“I’m now moving forward to run these businesses better as an important part of the group,” said Tulloch. “So that’s the conclusion.”

As for the group, he is streamlining the company into five operating divisions: investments, savings and retirement; UK life; general insurance; Europe life; and Asia life; it is also cutting 1,800 staff.

“There’ll be no false promises and there certainly won’t be any gambles on crazy ideas.” Maurice Tulloch, Aviva

After a number of disappointing years for investors, the promise now is that a simpler Aviva will deliver an attractive and sustainable yield.

“There will be no nonsense,” said Tulloch. “There’ll be no false promises and there certainly won’t be any gambles on crazy ideas. It will take a little bit of time, but getting back to basics and running this place better will pay dividends. There’s nothing wrong with being a conglomerate. There’s a lot wrong with having businesses that don’t perform.”

Investors might not agree about the conglomerate part. Aviva’s stock is down 4.5% since the start of the week amid disappointment that they won’t be getting the proceeds from the sale of the Singapore business. But that could change if a buyer comes along at the right price.