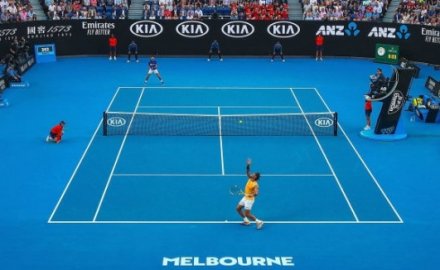 As Melbourne reels from a second lockdown, the 2021 Australian Open could face losses if the Covid-19 outbreak extends to January and the tournament is hit by either cancellation or social distancing measures.

The tournament, held at Melbourne Park since 1988, was one of the few major international sports tournaments to go ahead this year. While the organisers had pandemic coverage for 2020 – a tournament which was ironically under threat from the country’s wild bushfire season – this has now expired and the organisers haven’t been given an option to renew.

As the market has turned and insurers have become more wary over wordings, it is a lot harder to obtain this kind of coverage. The tournament brings in over US$250 million in revenue from TV deals, sponsorship and ticket sales.

Tennis Australia has told Melbourne newspaper The Age that, while it was trying to renew its policy for the next tournament in January, “pandemic coverage will not be viable to include for 2021.”

The organisation added: “Although we were able to have pandemic coverage as part of our policy over the past few years, the current situation with Covid-19 makes it prohibitive going forward, certainly in the short term.”

Tennis Australia has said it will examine all options to ensure the tournament can go ahead including social distancing measures.

Craig Tiley, chief executive of Tennis Australia, told 7News in May: “It will either be through crowds that are social distancing – maybe only from Australia and New Zealand. Or by then maybe some international crowds. It’s hard to know but we are preparing for all of that. We’re also preparing to scale back if we have to but the full plan is to have an Australian Open in January”

Another grand slam tournament that will struggle to obtain coverage in 2021 is Wimbledon.

The 2020 Wimbledon tournament had pandemic coverage and will likely receive an estimated payout of around £114 million (US$143 million), according to insurance analytics firm GlobalData.

“Wimbledon has shown it is one step ahead of most businesses by having insurance in place for current events,” said Ben Carey-Evans, insurance analyst at GlobalData. “It has been paying around £1.5 million (US $1.9 million) per year in pandemic insurance since it took notice of the SARS outbreak in 2003.”

The US Open is the next major tennis tournament in the calendar for August 31; however it has not yet been  decided if or how it will go ahead. The 2020 French Open has been rearranged to September 27 with around 60% capacity for spectators; tickets go on sale on July 9.