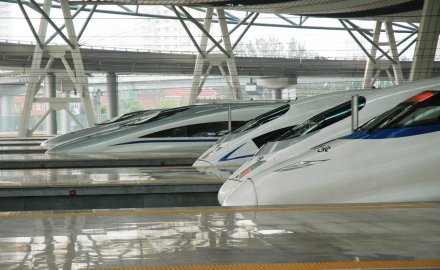 With many of the world’s leading emerging economies, the attraction of infrastructure as an insurance and investment opportunity is growing substantially in Asia.

And the figures are mind boggling.

China is investing around US$1.2 trillion (4.5% of GDP) each year into infrastructure which is around 35% of global investment and 54% of all emerging market investment. Total infrastructure investment in emerging Asia will average US$1.7 trillion annually over the next 20 years, or 4.2% of GDP and US$35 trillion in total.

Infrastructure can include roads, railways, airports, power generation and transmission, ports, communications (e.g. the 5G network), water and waste, plus social infrastructure such as hospitals, schools and housing.

Premiums galore
The insurance potential is staggering with Swiss Re’s latest Sigma report estimating a total of US$22 billion for construction-all-risk premiums over the next 10 years across Brazil, China, India, Indonesia, Mexico, Russia and Thailand.

Property premiums could hit US$19.4 billion with premiums for renewable energy projects to be US$9.7 billion. In addition, expect demand for marine and liability lines to climb.

“Infrastructure also includes education and health, while there is US$350 billion being invested in smart cities in China alone. We expect this to boost the digital economy by 50% by 2030.” Russell Higginbotham, Swiss Re

Asia will see a good share of these premiums with China still on track to become the world’s largest market by the mid 2030s and the Belt and Road plans should add to the leverage of (re)insurers supporting the market. Hence why the likes of Allianz, Axa, Ergo, Korean Re, Munich Re and Swiss Re are so keen to expand operations in the Middle Kingdom.

Meanwhile India has a plan to build a US$5 trillion GDP economy by 2024 from around US$3 trillion this year. While perhaps an unrealistic timetable, the sheer ambition of the Indian government and the needs of its people should alert everyone to its potential – with projects such as the Mumbai subway system and multiple road tunnel works in Delhi being ones to watch.

High speed
Asian governments see infrastructure as the bedrock of growth and their ability to build quickly often coincides with who owns the land.

For example, in the UK – a project to build a high-speed rail link between London and Birmingham has been beset with difficulties as the government needed to buy houses to make room for the track and as politicians argued about the cost and benefits of the project known as HS2.

The US has also long had problems building cross-country train networks with scale – in part as a result of different regulations across states and who should fund the build and running costs.

China now has over 30,000km of high-speed rail carrying 3.66 billion passenger trips in 2019 alone and delivering billions of tonnes of cargo. You can already ready travel the 1,100km journey between Beijing and Shanghai in 4 hours 18 minutes. China even has a magnetic levitation prototype train in the works which can run as fast as 600km/hr.

The demand and supply is going in one direction with populations and life expectancy climbing and (re)insurers looking to grow their premium books and improve their bottom lines.

The railway is lucrative too – in the first nine months of 2019, Beijing-Shanghai Speed Rail made over US$1.3 billion in profits and floated on the Shanghai Stock Exchange in January raising around US$4.3 billion.

On a recent press conference call, Singapore-based Russell Higginbotham, chief executive Asia at Swiss Re, commented: “The fundamentals around emerging Asia are very strong. Infrastructure also includes education and health, while there is US$350 billion being invested in smart cities in China alone. We expect this to boost the digital economy by 50% by 2030.”

He adds: “Critically, infrastructure will enable sustainable growth by fostering improved productivity; while rising incomes and a continuing trend of urbanisation will mean that the composition of infrastructure needs will also evolve.”

The assets under management in this area are increasing as (re)insurers grow their books in Asia and look to diversify their portfolios with hungry infrastructure asset managers eager to help offer advice. Managing large books, (re)insurers have the potential to make annual short term returns or take a longer term approach, or both.

China Life’s contribution is expected to be Rmb7.2 billion.

Demand
The demand and supply is going in one direction with populations and life expectancy climbing and (re)insurers looking to grow their premium books and improve their bottom lines. Asia is also host to a third of the world’s nat cats.

As Zurich-based Jerome Jean Haegeli, group chief economist at Swiss Re, explains: “The realities of today, including an increasingly pervasive digital technology, the clear impact of climate change and the need to build more resilient societies, will increase demand for, and shape the direction of, infrastructure development in emerging markets.”

(Re)insurers should be positioning themselves to capitalise and support governments, contractors and the public.