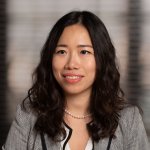 As economies re-open in Asia, and as individuals and corporations begin to reassess their protection needs, cautious optimism is growing among accident and health (A&H) underwriters over an insurance gap in Asia that might be earning its long-overdue spotlight.

Accident and sickness climbs the agenda
Loss of income protection from accident and sickness has long been the forgotten cousin in the Asian A&H market, which has traditionally been dominated by accidental death, disablement and medical expenses cover. There is therefore a significant income protection gap, which the exceptional circumstances of recent months have brought into sharp focus and come as a shock for many.

As individuals begin to reconsider their protection needs en masse, the makeup of A&H portfolios could change considerably.

Freelancers, those with short-term contracts and workers in the gig economy are particularly vulnerable as they are not entitled to sick pay. As companies look to cut costs during the recovery, there is likely to be an increasing labour force employed on a contract basis. Even those in fulltime employment on permanent contracts may not be entitled to sick pay.

In China, for example, sick leave is paid at a reduced rate, depending on length of service and time taken due to illness, which can drop as low as 40% of salary. Mirroring the realisation occurring at an individual level, organisations are also likely to re-evaluate their protection needs as they rely heavily on staff in their efforts to remobilise. Comprehensive A&H products are likely to appeal as a good employee benefit that also protects the business and helps retain essential workers.

In Australia, loss-of-income insurance has seen substantial growth in recent years, particularly among gig-economy workers, and now forms a significant part of A&H portfolios; a trend Asia is likely to follow. A US study found that three in 10 Americans typically suffer disability for more than 90 days during their career and this is likely to be a comparable experience in Asia.

Closing Asia’s gap on income protection
To help close the gap and meet heightened demand, Canopius and other Lloyd’s insurers have the ability to write policies that can pay up to 85% of salary for one to five years. Some coverage is available from local insurers but, in Taiwan for example, cover is often tied to hospitalisation, meaning time spent recovering at home after being discharged is not covered.

Traditional Lloyd’s products, which are sold worldwide, offer much more comprehensive protection, which is likely to be attractive to organisations and individuals looking to minimise financial risk and protect themselves in future.

It may be that loss of income insurance had previously been unpopular due to the culture in Asia being very savings orientated. Workers tend to save a much higher proportion of their personal income compared to those in the US, where they save less but buy more insurance. In this respect, saving in Asia is often a form of self-insurance – a hedge against losing monthly income – but it is a far less efficient use of capital than paying a relatively small sum each month for an insurance policy.

Traditional attitudes take time to change but, in addition to the mind-focussing events of this year, experience is growing regionally of how insurers have enabled people to recover free of financial worry following an accident or illness. There is also more choice than ever, with many new products being introduced across Asia Pacific this year.

On the road to economic recovery
Recent action by Lloyd’s and others in the company market mean there are fewer but stronger players in Asia.

Those that remain recognise the need to add value through innovation, which involves collaboration with broker and cedent partners and coordinating with the wider group to bring a global perspective in meeting the region’s evolving needs.

This article was written by Idie Si, senior underwriter – accident and health, Canopius and chair of the Lloyd’s A&H Market Development Group in Singapore.