RMS: Reporting the impacts of climate change and risk modelling for Asian re/insurers

In 2017 Shanghai experienced the hottest daily temperature since records began 145 years ago. Summer 2018 saw the hottest average temperatures in China since observations started in 1961. February 2019 was the second warmest ever in Hong Kong and by the summer (1) 40 stations across China recorded their maximum temperatures ever.

At the start of June 2019, temperatures in northern India reached near record highs, exceeding 50C. Eleven of India’s fifteen hottest years have occurred since 2004. 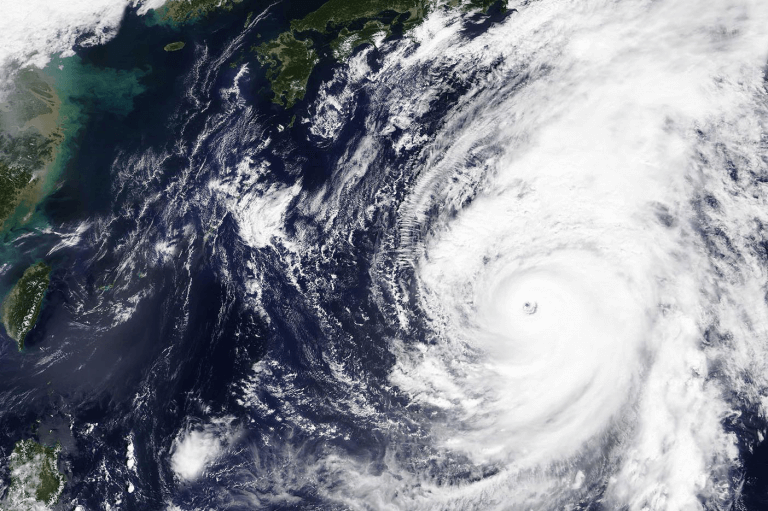 With warmer temperatures raising the capacity of the atmosphere to carry water vapour, it is not surprising we have also seen records broken for rainfall intensity.

The summer 2019 monsoonal rainfall in India was the most intense for twenty-five years. Mumbai experienced its highest rainfall for 14 years early in July, and the city was once again paralysed by extreme rainfall at the start of September. More than 1.5 million people had to be evacuated through the monsoon season in which there were 295 recorded weather-related fatalities.

More than 8 million people were forced to evacuate and 225 died during flooding in Japan from late June to mid-July 2018. Many locations experienced their greatest ever one hour and three-day precipitation totals, with some locations receiving more than 1000 millimeters of rain. Across two days in August 2019, the island of Kyushu experienced twice its normal monthly rainfall. Record rainfall in eastern Japan in October this year accompanied Typhoon Hagibis, which followed a track across Tokyo Bay – very similar to that of Typhoon Faxai a month before, highlighting how consistent atmospheric flows can be sustained for up to 40 days (as in the four typhoons that hit central Japan in 2004).

The records will continue to be broken. A warmer world has consequences, not only for heatwaves and floods, but for droughts and storms. The strongest signature of change identified among tropical cyclones concerns a rise in rainfall totals by up to 10%. It is not just that warming raises the moisture levels but that storms are moving more slowly, concentrating the rainfall. While there is no clear signal in the numbers of tropical cyclones, in many regions, including the western Pacific, since 2010 records have been broken for the strongest ever tropical cyclone windspeeds. Among the records was Typhoon Haiyan in 2013 which devastated the city of Tacloban in the eastern Philippines, bringing 305 kilometers per hour minute averaged windspeeds at landfall.

For many coastal cities across South-East Asia, sea-level rise combines with land subsidence from groundwater extraction to raise the risk of flooding. In the face of inundation, the Indonesian government has announced the country’s capital will be relocated, leaving Jakarta to grapple with the multiple factors raising the flood risk, including catchment urbanisation and informal settlements encroaching on the river channels.

Climate change will impact re/insurers across Asia in multiple ways, first and most directly through more intense inland and coastal floods, more precipitation from tropical cyclones, along with any shift in typhoon intensity. Crop insurers will also need to consider shifts in the climate, from droughts, heatwaves and floods.

The exposure is also changing; cars are becoming lighter, more readily picked up by the wind and more exposed to salt water immersion causing battery fires, as witnessed in 2018 Typhoon Jebi. New exposures include the technologies to harness renewable sources of wind and solar energy and their susceptibility to storm and hail damage. Cladding installed on buildings to improve insulation can dramatically raise the fire hazard.

Flooding and high winds lead to power outages, which have become ever more disruptive.  Supply chains continue to rely on components manufactured in flood zones, as discovered in Thailand in 2011, especially when many firms had moved production there following the Tohuku earthquake and tsunami earlier that year in Japan.

Action on climate change emissions will lead to stranded assets, such as fossil fuels that cannot be extracted and energy companies exposed to a dramatic loss in value. This could lead to a rise in claims under Directors and Officers (D&O) policies. There could also be an increase in claims under professional lines, in response to builders and engineers being sued for not anticipating expanded floods. Electricity supply companies are already being sued for the damage caused by fires started by sparking electrical supply systems. Mining companies are subject to massive losses in response to catastrophic floods from failed tailings dams.

Meanwhile, regulators will want to know that insurers hold enough capital to withstand the compounding future losses. This could lead to confusion, with different companies in the same market using divergent principles by which to measure and report their risks; or companies concerned that they will disclose intellectual property to their competitors. This is where RMS is available to provide leadership in developing consistent and science-based metrics.  In the 2014 Risky Business project, RMS modeled the wind and storm surge flood costs along the U.S. coast from shifts in sea-level and altered hurricane activity through to 2100. Similar procedures are available to explore the shift in losses for other climate perils and regions.

Companies that work to provide the most robust procedures will establish themselves as business and thought leaders. The U.K. PRA (Prudential Regulation Authority) biennial General Insurance Stress Test process for U.K. insurers provides an initial step in this direction, applying some simple climate change stress tests. But we can anticipate that through probabilistic catastrophe loss modeling, this process will become more rigorous, in particular in disclosing the uncertainty of future projections of how climate change is affecting the occurrence of extremes. Inherent assumptions need to be exposed, referenced and defended.

These procedures will help with company resilience: testing how the organisation would withstand and recover from shocks. The process can also help identify the limits of insurability and those situations where insurance is likely to be withdrawn when the risk-cost exceeds the capacity to pay the premium.

Climate change means that historical information is no longer a reliable baseline from which to project future risk. The future is one in which all elements of the risk equation on which insurance is founded, are expected to change.  The strongest insurers will give confidence to their policy holders and investors by demonstrating their mastery of this uncertain future.